He has the responsibility for implementing and overseeing company business activities along with the management of the marketing for client owned/brokered business jet aircraft, and company owned resale jet aircraft.

His extensive expertise includes all aspects of the aircraft sales transaction. He is a nationally and internationally recognized expert with in-depth knowledge of aircraft marketing processes. Scott's developed his expertise through more than 40 years and more than 800 successful aircraft sales transactions which span the Globe in more than 35 countries from geographic regions including North America, Europe, Central America, South America, Caribbean, Asia, Middle East, Africa, North Africa, Australia, and Oceania.

He held the position of President of Laurel Flying Service Inc., while at the same time earning a degree in Business  Administration at Mississippi State University in 1982 and then completing his course work for a Masters in Business Administration. He earned a Commercial Pilots Certificate logging over 6000 flight hours as pilot in command. 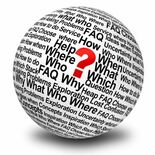 ​GOING BEYOND PRICING
LEARN WHAT OUR CONSULTING APPROACH CAN MEAN FOR YOU.
​MEET THE MOST SKILLED TEAM TO REPRESENT YOUR AIRCRAFT TO THE WORLD.
Get in touch with us and speak to our experts
Learn more about our aircraft brokerage & consulting expertise
, ,